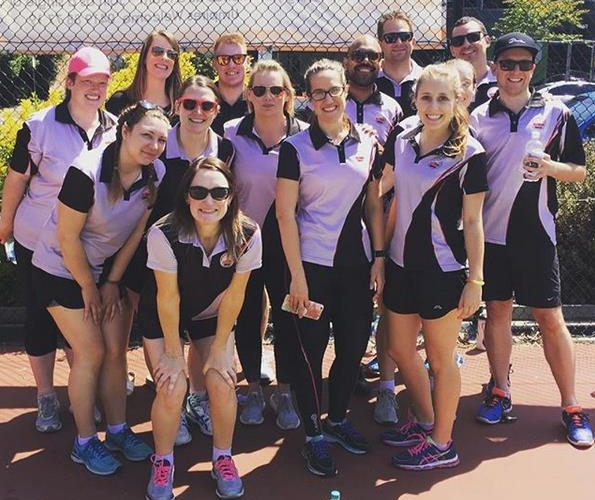 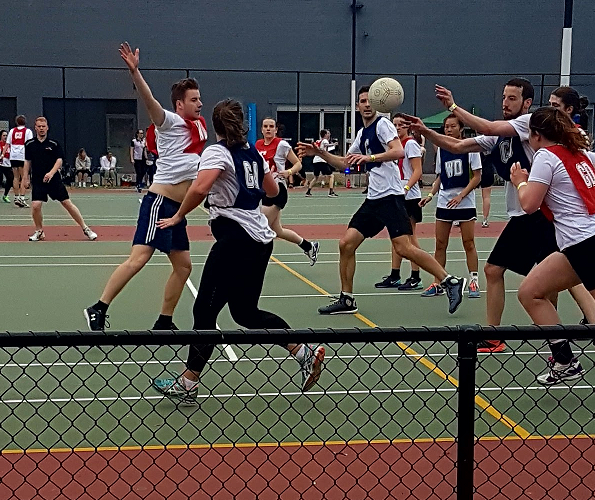 We take a lot of pride in our netball competition that has over 600 teams playing in it, weekly. In particular our well known high standard of umpiring. No other social competition has the calibre of umpires we do based on national accreditations which includes AA badge, A bagde, B badge and C badged umpires. Our Netball Department is headed by Suncorp Super Netball Umpire, Tim Marshall. However, what is more important than any badging level is that we do not tolerate lazy umpires. Our umpires love what they do and work hard to ensure teams are getting what they paid for. They will run all night because they love the working environment provided to them.

The cost to enter a team is $110 per team (includes Premier level insurance) and weekly game fees are $75 per team. We provide the bibs, balls, electronic score boards - you just have to turn up in the same colour tops.

Full Court Netball requires a minimum of 5-players to take the court. While the competition is 7-a-side, teams are permitted to have as many substitute players as they like and make changes at quarter time intervals.

For mixed netball - unlike most competitions - you are only required ONE male on court at all times, not two. We do permit a maximum of THREE males on court at one time and play under the 'one-per-third' rule which basically means with 3 males you must have one shooting, one in circle defence and one in any of the three mid-court positions.

The following is a list of our netball venues.